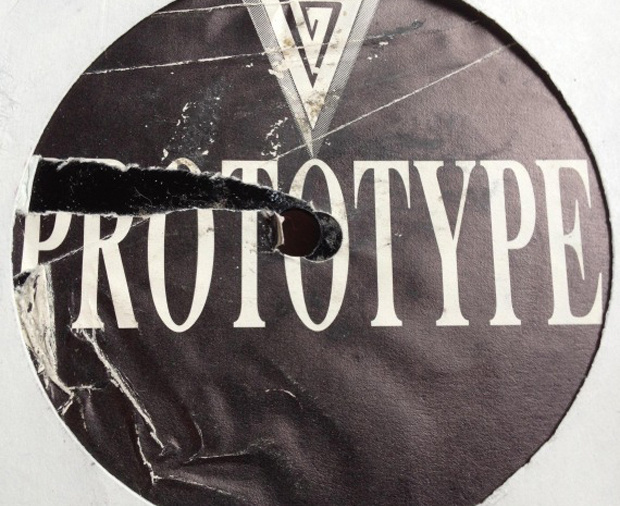 We all want what we can't have. The less available or more limited something is, the more we want it. Hence, there are many online forums dedicated to old drum & bass tracks that never actually saw the light of day. As the genre developed throughout the 1990s, many producers pressed extremely limited runs on vinyl or acetate, then distributed them to a short list of DJs who tested out the demos on the dancefloor. Many of them never became commercially available, often because they contained uncleared samples or sounded out of step with current trends, adding to the mystique of these recordings as well as their desirability. In recent years, a handful of these super rare cuts have been salvaged from old cassette tapes or from the original limited pressings, gaining a new currency in the digital world. Here are a few that have become objects of obsession for drum & bass nerds looking to round out their complete collections:

Two mysterious entries in the back catalog of Grooverider's prolific Prototype label, PRO-003 and PRO-006, have inspired a great deal of speculation over the years. Rumor has it that both belong to bass stalwart Photek, and while the latter was released digitally in 2007, the former remains elusive. The A-side was supposedly "Feeling Up," which highlights Photek's ability to manipulate a drum kit like nobody in the digital era can.
Optical - "What's the Difference"
In early 1997, techstep was evolving at breakneck speed because the genre hadn't yet formed a canon or concrete codes that governed good and bad taste. Pioneers of the style weren’t afraid to experiment, and as the sound matured, tracks were test-driven then scrapped faster than an E-MU could be booted. Optical’s “What’s the Difference” is easily one of the most talked-about of the Virus Recordings founder’s repertoire, but it's been long since lost to history—another DAT tape lost in the shuffle. With its bold techno influence and distorted TR-909 kick, this may not have sounded too out of place at a Detroit warehouse party, despite the fact that drum & bass was very much still a London-dominated scene at the time.
LTJ Bukem, "Atmospheric Jubilency"

"Atmospheric Jubilency," a feel good melodic affair recorded in 1993, became a hot topic on message boards 15 years after LTJ Bukem's Good Looking label had prepared to release it. It's still not clear why, but Bukem pulled the plug on the project at the last minute, and the 12" single only materialized as a batch of uber-limited test pressings. These days, "Atmospheric Jublicency"—as well as Calibre's remix, which appeared as the B-side of the single—is considered a bona fide holy grail of drum & bass. This absurdly scarce piece of plastic is probably worth more than your house.
Dillinja - "Playtime"

When Dillinja was at his prime, many claimed he was churning out a track a day—on a BAD day. His unreleased tracks would make the rounds as dubplates, but the producer was rarely happy with his work. Many of these cuts would undergo multiple transformations before finally being released, and in extreme cases, he would scrap the song entirely and use its skeleton to form the basis of a new project. Such is the case with "Playtime," which ultimately became his heralded remix for Hive’s “Ultrasonic Sound” in late 1999. While the rolling drums are quite similar on both versions, "Playtime" works with a slightly different bassline and completely different vocals. As fussy as he was, even the worst material on Dillinja’s cutting floor 15 years ago would still tear up a dancefloor today.
Bad Company - "Splint"

Rinsed on the regular by DJ Trace, “Splint” was most likely recorded when Bad Company were working on their debut album Inside the Machine. It’s infectiously funky and perfectly encapsulates the sound they strove for. On tracks like this, Bad Company infused their work with a groove and a soul, rather than just getting caught up in how “dark” or “heavy” they could make their tunes sound.
Nasty Habits - "Drums 2000"

Over the past 20 years, Doc Scott’s dubious hardcore breakbeat anthem “Here Come the Drumz” has spawned countless remixes. In 2001, Metalheadz unleashed a refined, percussion-heavy version of the track on thePlatinum Breakz 3 compilation, but one of the more interesting remixes rested in the hands of a very select few. Supposedly slated for a release on Doc’s 31 label as the B-side to Goldie’s remix of “Liquid Fingers," this version of Drumz follows in the footsteps of the hardcore revival movement John B and Total Science introduced to drum and bass in 2001. The only set I've ever encountered that incorporates the frantic piano stabs and menacing lead of this rarity is right here.
Calibre - "Cream"

Calibre helped to spearhead the liquidfunk movement in the early 2000s, and along the way, he produced hundreds of tracks that never ended up on the retail shelves. He sent many to A-list DJs like Fabio, LTJ Bukem, and Bailey and shopped them around to different labels. Some would end up getting signed, while others, such as “Cream," only saw sporadic club and BBC Radio 1 airplay. But don’t let the fact it wasn’t signed fool you; this one's a hearty roller that adds melodic flourishes into the drum & bass formula at a time when the darker sounds of techstep were still in vogue.
Trace - "Definition of Living (Amen Mix)"

Prominently featured on LTJ Bukem’s Yaman Series tape from 1993, Trace’s “Definition of Living” brought the brooding sounds of hardcore breakbeat to the table at a time when the genre was undergoing constant tempo increases. The tumbling drums are relentless on this edit, which juxtaposes the playback of the chopped Amen break at various speeds. This track tested the limits of what of what a sampler and sequencer were capable of, but it too became another casualty to the DAT black hole, and the only consolation prize we received was a safer, more stripped down version without the amen break, which Trace gave away for free on Soundcloud a year ago.

Nick Minieri is a drum & bass encyclopedia and the editor of Beantown Boogiedown. Follow him on Twitter.@nickdawg
Written by: Nick Minieri
Apr 23 2014
at April 24, 2014