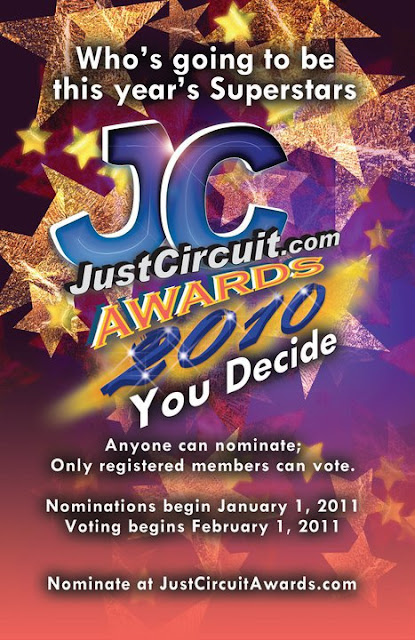 "The nominees have been announced for the 6th Annual JustCircuit Awards™ and JustCircuit Hall of Fame™. This year, registered members of JustCircuit.com will choose the winners in thirty-six categories, including Circuit Party of the Year, Best Host City, Best Up and Coming DJ and more.

Nominees were taken from the top five nominated in each category by the general public. Only those registered members of JustCircuit.com who have registered PRIOR to February 1, 2011 will have their votes certified. 1765 nominations were received from around the world in this year's nominating period.

Stay tuned to JustCircuit.com for more information on the March 13 JustCircuit Awards Gala in South Beach."