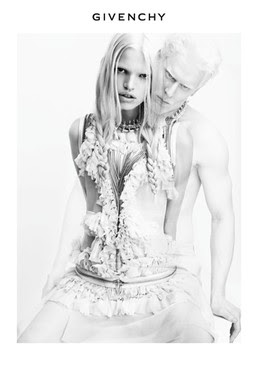 Riccardo Tisci has once again found an unexpected model to pose in Givenchy's spring 2011 campaign, WWD reported on Monday.

Tisci explained that he's long admired albino people, reflected in the pale flesh tones that are recurrent in his fashions. "They're very near my world," he enthused.