"This is Daniel DiCrisco -- Anna Nicole Smith's former hairstylist and self-described "friend" -- out in Hollywood last night ... attempting to look like Anna during one of her most infamous drug binges. 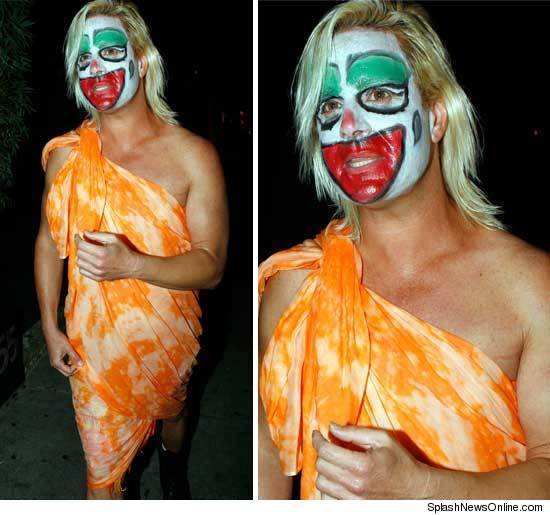 The video that inspired this "costume" -- in which Anna was whacked out of her mind and couldn't remember if she was pregnant -- was admitted as evidence in the Howard K. Stern prescription drug case.

Now, with Stern and Anna's former psychiatrist Dr. Khristine Eroshevich being found guilty of conspiracy -- Anna's former friend thought this would be funny.