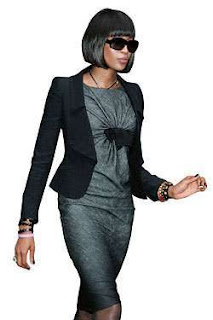 "Remember when supermodel Naomi Campbell was famous for being fabulous? Ah, such innocent times. Now of course she's mostly known for being a stunningly beautiful train wreck with recurring anger-management issues who may or may not have received African blood diamonds. How she got from there to here."

1985
Discovered, at age 15, by a model scout while shopping in Covent Garden. (Had already
appeared in a Bob Marley video at age 8, and a Culture Club video at 12.)

1986
Appears in a commercial for Yves Saint Laurent perfume Jazz and on the cover of Elle.

1990
Appears on the cover of British Vogue with Evangelista, Crawford, and Turlington. David Fincher then directs the four of them, plus Tatjana Patitz, in the video for George Michael's song "Freedom '90."

1991
Featured in a Time cover article titled "Supermodels: Beauty and the Bucks."

1992
Begins romance with Robert De Niro. Appears as Michael Jackson's seductress in his "In the Closet" music video.

1993
Announces engagement to U2 bassist Adam Clayton, but soon calls off the wedding. Refuses to share the Chanel runway with rising star Tyra Banks, telling Karl Lagerfeld, "It's her or me."

1993
Leaves her agency, Elite, which issues the following statement: "Please be informed that we do not wish to represent Ms. Naomi Campbell any longer. No amount of money or prestige could further justify the abuse that has been imposed on our staff and clients. All who have experienced this will understand."

1994–5
Publishes a novel, Swan (which she later admits was ghostwritten); releases an album, Baby Woman, which flops; acts in the movie Miami Rhapsody; opens Fashion Café in Rockefeller Center with Elle Macpherson and Claudia Schiffer, which closes.

1998
Campbell's personal assistant files an $8 million suit accusing her of "slamming her against a wall, threatening to toss her from a car onto a busy highway, and grabbing her neck and violently shaking her head," as well as hitting her on the head with a telephone.

2006
A former maid sues for employment bias and assault. One month later, another former Campbell assistant sues for verbal and physical abuse.

2007
Pleads guilty in Manhattan Criminal Court to hitting another former maid with a jewel-encrusted cell phone, and is sentenced to five days of community service and two days of anger-management classes.

2008
Arrested at Heathrow for assaulting a security officer. British Airways bans her for life.

Apr. 2010
Pushes camera away and walks out of an interview with ABC News when asked about the Taylor diamonds.

Aug. 2010
Testifies that she didn't know who had given her the "dirty-looking pebbles." Mia Farrow later testifies that Campbell had said she knew the diamonds were from Taylor.

Oct. 30, 2010
Scheduled to receive UNESCO's "Pyramide Con Mani" Award in honor of her charity work at a gala in Düsseldorf. 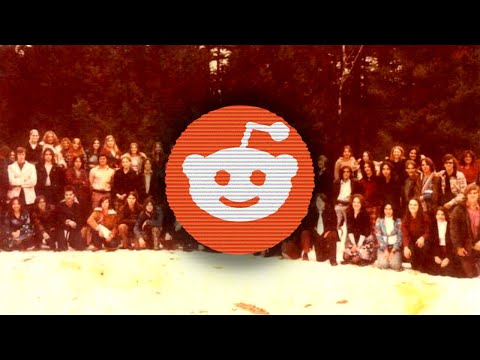